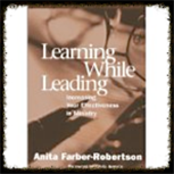 Below is the text of my sermon April 21, 2013, the Sunday after the bombings of of the Boston Marathon.

"In the long history of humankind (and animal kind, too) those who learned to collaborate and improvise most effectively have prevailed"    ~Charles Darwin

“What Have You Gotten Into?!”

When I joined my first Unitarian Universalist congregation in 1970 it was a lay led congregation.  It had no minister.  We flailed about figuring out how to do things ourselves, sometimes wildly successful and sometimes not.  We knew that what we were doing was important, that it was important to be there in our little corner of the world, a beacon for the values of liberal religion. The times were chaotic.  The civil rights movement was still in play and the anti-Vietnam War movement was tearing the nation apart.  People my age were not in churches- they were studying, or working hard at their first jobs, or were out on the streets for a variety of social causes.  As I said, the times were chaotic and it felt like the government and the people, at least some of them were at war with each other, or it seemed, at least not pulling their oars in the same direction.

I was deeply involved in politics, and in the life of my congregation.  I felt the call to ministry, and when the local committee offered to groom me to run for political office, I turned them down.  They were shocked.  I told them I was going to study for the ministry.  Why? They wanted to know. I told them: “You have plenty of people, smart people, trying to fix the government, fix the system, make things more just and more accountable.  Good smart people.  And that needs to be done.  But we also need to change the hearts and minds of people.  It is not just about the system.  It is about who we are and how we live in this world.  And I don’t see many people working on that, on opening our hearts.  That’s what I want to do.”

They scratched their heads and found new candidates.  I eventually went  to seminary. Forty years later, I stand before you and with you as we do that work, opening hearts, together

I just returned from a week in Texas at the seminar for Accredited Interim Ministers. We meet once a year.  Together we learned a bunch of different stuff, shared our stories, laughed, cried and loved together.

I felt myself sit up straight.  The words were familiar, though I had not heard them before.  I found them clear  and compelling.  With the understanding that the purpose of religion is to shape society’s values through changes of the heart, there is can be no doubt that there is a role for religion, our religion here, now, today.  We are doing what the people need, what the country and the world needs, what we need.

…shaping society’s values through changes of the heart.  At least we are trying.

What are the values we are trying to infuse and support in our society?  There are many, including values of freedom and responsibility, of compassion and acceptance of others, of a democratic process that includes and listens to all voices.  And above them all is the over-arching, all encompassing value of love, a love that is infinite, unshaking, affirming and inclusive.  A love that will not let you go, no matter how hard you try to opt out.

How important that love was this week;  for the nation, and for Greater Boston.  To stand together in love and sorrow over the loss of life and health and peace of mind was our task.  To hold those who had been physically injured in love from wherever we were, even while so many stepped forward from the moment of the explosions to physically help and heal the wounded.

We could hold in love and compassion all of those traumatized by the events, including ourselves- those who witnessed it in person and those who saw the images over and over again on television or on our computers.  The way in which the love flowed freely, person to person, heart to heart was palpable.  Even in Texas I could feel it.  Prayers offered rose like a great cloud of compassion.  You know.  You were a part of it.  The outpouring of love was not confined to Unitarian Universalists. It crossed religious lines.  For while the tragedy that happened on Monday was not a value of the religions I know, the response to it was.

And there were the prayers of others, others we may not  have been holding as clearly in our hearts and  minds.  I think of the Professor of Islamic Studies at a university in the United States  who prayed “Please God, let it not be a Muslim.”[1]    For him, and most of the Islamic community in our country, whenever there is a violent, tragic act committed on our people, terror grips them most of all.  For in addition to being at risk, the same as are all Americans who live and work and move about our daily lives in the face of such violent acts, the Islamic community is vulnerable to the hatred that inevitably erupts from some angry non-Muslim Americans.  We can be a bulwark against it.

Unitarian Universalism is a faith about unconditional, enduring love- a love that transcends fear and hurt, rivalry and difference. It is our purpose to shape our society toward the principles of love, to hold and cherish the hearts and minds within our communities and beyond in such a way that love can flourish.

How do we do that?  Through covenant.  We are a covenanted community.  Our congregation is forged through covenant because we recognize that what shapes and binds us is not a set of beliefs, but a common understanding of how it is we should be together.  Our covenant is about love, as our seven principles are about love- about how it looks when we are in right relationship with each other, the natural world, and the transcendent.

Our covenant with each other, and with other Unitarian Universalist congregations calls us to live and work in such as way as to shape our world in love.

I listened to a talk show on the radio yesterday in which they were discussing what will happen to the suspect of the bombings, who was captured.  Will he be tried in Massachusetts?  Will it be a trial under federal jurisdiction? And why were they interested in that question?  Because there is no death penalty in Massachusetts.  To seek the death penalty, maneuvers would need to be made to have him tried under a different jurisdiction.

I knew at that moment, as I listened, why I am a Unitarian Universalist.  Because my question is not how can we finagle the legal system in such a way as to be sure to kill this nineteen year old boy.  My question is :

where is love now most urgently needed, where might love  help us frame questions that are useful, wise, insightful, compassionate - can we frame questions motivated by love, about how to save us from the hate that distorts and the fear that disables, how to save us for love, for love of the soul of our people and this 19 year old boy.

Gracious God, Spirit of Life and Love, save us from our unbelief, our doubt that you O Love can heal what ails us, can reconcile what separates us, and can bring us together, healthy and  whole. Strengthen our resolve to live in such a way that our faith of love becomes our way of life.  Amen.

​Thoughts to Hold Us and Them

I grew up in New York City, went to a public high school that had 5000 students from neighborhoods as disparate as rent controlled Harlem to the south, co-ops and condos in Scarsdale to the north, and   city housing projects scattered in between. We were black, white, Hispanic, Asian, Native American, immigrants and Americans tracing back generations.  We were very poor, working poor, lower middle class, and rising middle class. And we had a school cop.  Albano.  That’s what we called him.  Not Officer Albano or Mr. Albano, just Albano.  And the scary thing about him was that he would cruise the neighborhood and bust the kids who were sitting in Leo’s having a Coke, instead of being in school.  That was as scary as it got.

This is no trivial complaint.  The fears are not exaggerated.  They are grounded in reality, a reality we should not tolerate.

Yesterday, to demonstrate how real, how concrete is this American tragedy, 7000 pairs of shoes were placed on the lawn of the Capital in Washington.  7000 pairs of shoes.  One pair for every child who has been killed by gun violence in this country since the school shootings in Sandy Hook, Connecticut in 2012.

This morning at 10:00 am tens of thousands of high school students walked out of their classes in protest over the danger in which they live, a danger we could prevent. They say they are marching for their lives, and indeed they are.  They stayed out for 17 minutes, one minute for each of the people killed at the Marjory Stoneham Douglas High School one month ago.  They are determined.  They are engaged. They are committed to peace in the classroom, in the schoolhouse, in the playgrounds and the communities in which they live. And they are leading us.  Leading us to where we should have been years ago, 7000 pairs of children’s feet ago.

They understand the judgement we must make, described by poet Adrienne Rich:

In those years, people will say, we lost track
of the meaning of we, of you
we found ourselves
reduced to I
and the whole thing became
silly, ironic, terrible:
we were trying to live a personal life
and yes, that was the only life
we could bear witness to

But the great dark birds of history screamed and plunged
into our personal weather
They were headed somewhere else but their beaks and pinions drove
along the shore, through the rags of fog
where we stood, saying I

Song:  “We Shall Overcome”